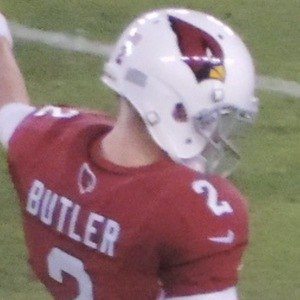 NFL punter who averaged 43.8 yards per punt with an impressive long of 79 yards during his first two seasons. He was undrafted in 2012, but earned a starting role on the Pittsburgh Steelers.

He was ranked the top 10 punter in the nation while also playing on the golf team at Peachtree Ridge High School.

He had his best season in 2009 when he was selected as a First-Team All-American and also one the Ray Guy Award as the best punter in college football.

He is the son of Kevin Butler, who reached the NFL as a placekicker.

He beat out veteran Brian Moorman to become the Steelers starting punter at the beginning of the 2013 season.

Drew Butler Is A Member Of