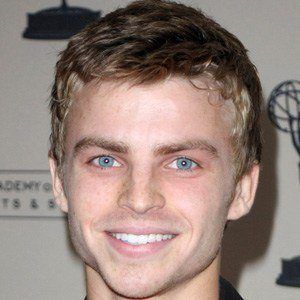 American soap opera actor who played the role of Michael Corinthos III on the soap opera General Hospital. He has also appeared on the CBS drama Criminal Minds.

He attended the Dreyfoos School of the Arts where he played varsity soccer.

He earned an Emmy Award nomination for his work on General Hospital in 2009.

He was born to Randy Nelson and Karole Cooney in Jupiter, Florida.

He guest-starred on the CBS television series The Mentalist starring Simon Baker in 2011.

Drew Garrett Is A Member Of