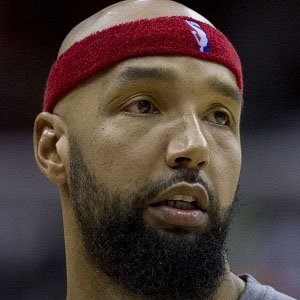 NBA forward who played on a number of teams, most notably the Cleveland Cavaliers from 2004 to 2008. He'd play for the Washington Wizards from 2014 until 2016 when he retired and became a sports broadcaster for Comcast.

He was selected with the 4th overall pick in the 2002 NBA Draft by the Memphis Grizzlies.

He played alongside NBA superstar LeBron James on the Cavaliers from 2004 to 2008.

Drew Gooden Is A Member Of