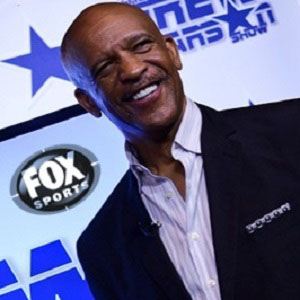 Wide receiver who spent his entire 11-year NFL career as a member of the Dallas Cowboys and won Super Bowl XII. He later became a respected sportscaster for networks like HBO and hosted The Drew Pearson Show on Fox Sports Southwest.

He was a quarterback at South River High School before switching to wide receiver for his junior season at the University of Tulsa.

For his success in various endeavors outside of football, he received the NFL Alumni Career Achievement Award in 2005.

He caught an epic, game-winning Hail Mary pass from quartberback Roger Staubach during a 1975 playoff game against the Minnesota Vikings.

Drew Pearson Is A Member Of