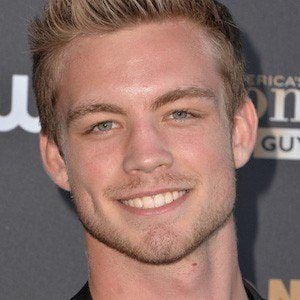 Competitor on the 22nd cycle of America's Next Top Model who was signed by Next Model Management Miami. He was the third contestant eliminated from the competition.

He went into modeling straight from high school. He had already worked with the fashion brands Calvin Klein and Hollister before appearing on ANTM.

He earned a significant social following thanks to his presence on ANTM. He has over 410,000 followers on Instagram.

A North Carolina native of Kernersville, he would later reside in Florida.

He competed against Justin Kim on America's Next Top Model.

Dustin McNeer Is A Member Of