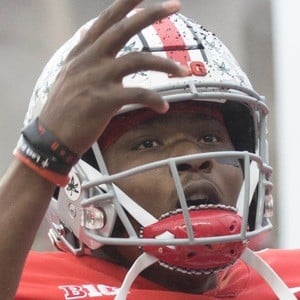 Quarterback who set school records for most passing yards in a single game and most passing touchdowns in one game at Ohio State University. He was selected 15th overall in the 2019 NFL Draft by the Washington Redskins.

He passed for 5,308 yards and completed 54 touchdowns at the Bullis School.

He was named the Big Ten Offensive Player of the Week multiple times in 2018.

His father is also named Dwayne while his mother's name is Tamara.

Dwayne Haskins Is A Member Of