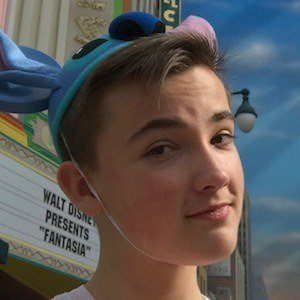 Actor and chef who was a contestant on Man vs. Child: Chef Showdown in 2015.

He made his acting debut playing an abducted child in the film Your Own Story.

He has an extreme obsession for Disneyland; he frequently posts photos of himself at the theme park on Instagram.

His mother's name is Maree.

He and Cloyce Martin have both been contestants on Man vs. Child: Chef Showdown.

Dylan Russett Is A Member Of