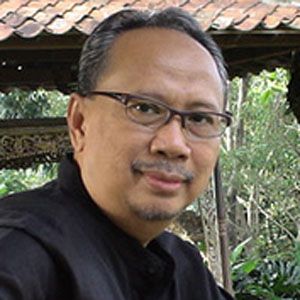 Indonesian singer and songwriter who has released more than twenty successful albums.

When he was younger he was very interested in poetry and wanted to be a poet, but when he found that he could not recite his poems properly he decided to sing the words.

Rolling Stone Indonesia put his name on its list of the 50 Greatest Indonesian Singers.

He has four children with his wife Yayuk Sugianto, who he married in 1982.

He is a well-known Indonesian musician like Ahmad Dhani.

Ebiet Ade Is A Member Of