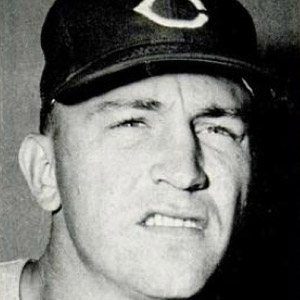 MLB catcher who was selected to six All-Star teams as a member of teams like the Cincinnati Reds and San Francisco Giants. He hit double-digit home runs in eight of his fourteen seasons in the MLB.

He began playing in the majors in 1953 and was the starting catcher for the Reds by 1955.

He won two titles during his time in the Venezuela League.

He was born Lonas Edgar Bailey, Jr. and had a brother named Jim.

He appeared with Smokey Burgess and other Reds players on a 1956 episode of "What's My Line?"

Ed Bailey Is A Member Of