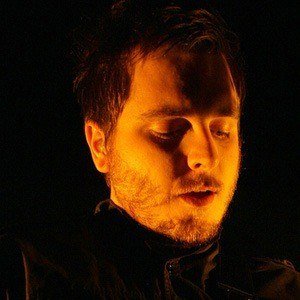 He rose to stardom as the bassist of the band Thrice, the group known for the album The Artist in the Ambulance.

He joined Thrice when he had no experience playing bass and was a skating friend of the guitarist, Dustin.

He supplemented his bass playing with active hobbies such as biking, surfing, and crocheting.

He grew up with his family in Orange County, California and joined Thrice with his brother, Riley.

Cliff Burton of Metallica played bass in a similar style as him.

Eddie Breckenridge Is A Member Of