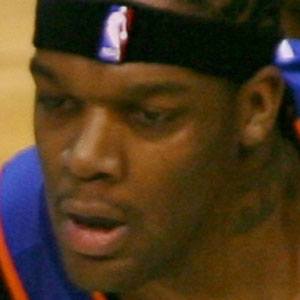 Center most famous for his days with the Chicago Bulls and New York Knicks. In 2012, he was a member of the Miami Heat team which won the NBA title.

He played at Thornwood High School, where he was named Illinois Mr. Basketball in 2001.

He married Basketball Wives star Patrice Curry in 2005. He had two children, Ava and Noah, with his girlfriend Nova Henry.

He won an NBA title with multiple-time NBA MVP LeBron James in Miami.

Eddy Curry Is A Member Of