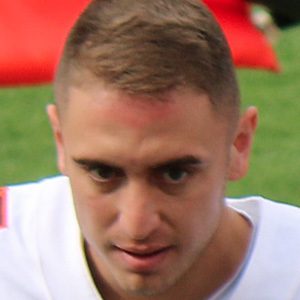 American football player who is best known for being the kicker for the Chicago Bears. Before playing for the Bears, he had first signed with the Oakland Raiders.

He played college football at the University of Florida.

He first played soccer before entering into football. He has amassed over 100,000 followers to his Instagram account.

His father was a professional soccer player.

He is a well known football player similar to Adam Vinatieri.

Eddy Piñeiro Is A Member Of