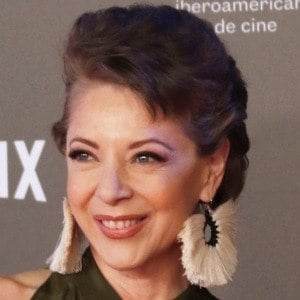 Actress and dancer best known for playing Alma Duran on the telenovela Cielo Rojo. She also appeared on the reality show La Academia.

She made her debut in the 1975 film Alucarda, la hija de las tinieblas.

She appeared on various telenovelas, including Doña Bárbara, Vivir a Destiempo, and A Corazón Abierto.

She had a daughter named Constance in 2004 with politician Santiago Creel. In 2010, she married Lorenzo Larzo Margain.

In 1987, she appeared in Rosa Salvaje, a popular telenovela starring Verónica Castro.

Edith González Is A Member Of