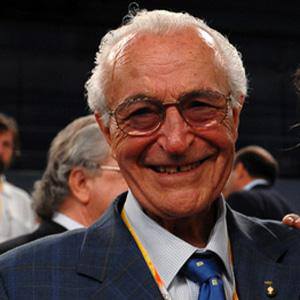 Italian fencer who won more World Championships and Olympic titles than any other fencer in the sport's history.

He was trained by his father, who was also a famous fencer.

He was the oldest member of the Italian team at the 1960 Olympic Games in Rome.

His brother, Dario, was also an Olympic gold medalist.

His total Olympic medal count was surpassed by Michael Phelps.

Edoardo Mangiarotti Is A Member Of