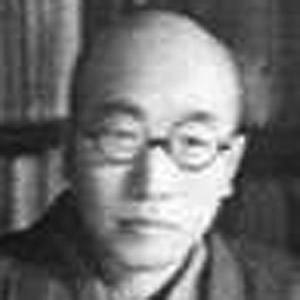 Best known for his mystery novels and stories featuring the detective character of Kogoro Akechi, this popular Japanese writer published such individual titles as The Human Leopard, The Conjurer, and The Fruits of Curiosity-Hunting.

After earning a degree in economics from Waseda University, he published his first piece of short fiction, "The Two-Sen Copper Coin," in 1923.

His Boy Detective's Gang stories (featuring hero Kogoro Akechi) were as popular to young readers in Japan as the Nancy Drew and Hardy Boys mysteries were to American youth of the mid Twentieth Century.

Born Tarō Hirai in Japan's Mie Prefecture, he was the grandson of a samurai warrior.

He was greatly influenced by the work of Edgar Allan Poe and based his pen name (Edogawa Ranpo) on Poe's name.

Edogawa Ranpo Is A Member Of