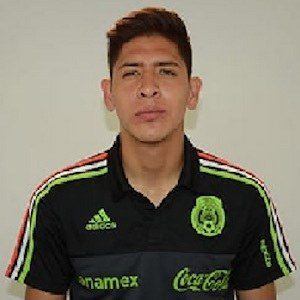 Mexican professional soccer player who is best known for being a defender and member of the Liga MX club America as well as Mexico's national team.

He was called up to play in the 2017 CONCACAF Gold Cup for Mexico where he played as the youngest member of the squad.

He was born and raised in Tlalnepantla de Baz, Mexico.

As a player for Mexico's national team, he plays alongside Rodolfo Cota, Diego Reyes, and Andrés Guardado.

Edson Álvarez Is A Member Of