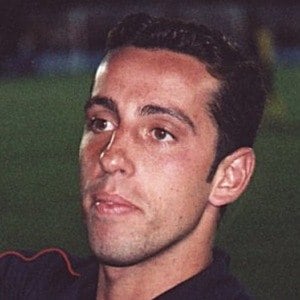 Former professional Brazilian football player known for his work as a central midfielder for the Corinthians club. He is also known for being the general coordinator for Brazil's national team on which he also played during his pro career.

He first started playing in the Campeonato Brasileiro league with the Corinthians club in 1998. In 2000, he moved over to Arsenal FC where he scored his first professional goal. He played with Brazil's national team during their 2004 season and in March of 2011, he became the Corinthians club director.

He was awarded the Premier League Player of the Month in February of 2004 and is also known for having been a FIFA Club World Champion in 2000 while playing with the Corinthians club.

He was born and raised in Sao Paulo, Brazil. He married his wife Paula and together they have a son named Luigi and a daughter named Eduarda.

He played alongside Dennis Bergkamp during his time with the Arsenal FC club.

Edu Gaspar Is A Member Of