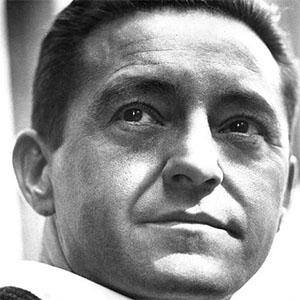 Gravelly-voiced actor who starred in classic films of the '50s and '60s, and appeared on the police series, Brenner. He also appeared in 12 Angry Men and North by Northwest.

He studied acting at the Cleveland playhouse and at the Actors Studio in New York.

His career suffered in the 1950s when he found himself accidentally blacklisted by the McCarthy commission.

He married Elizabeth Franz, with whom he had three daughters.

He played General Walter Bedell Smith in the 1970 Academy Award-winning film, Patton, which was directed by Francis Ford Coppola.

Edward Binns Is A Member Of