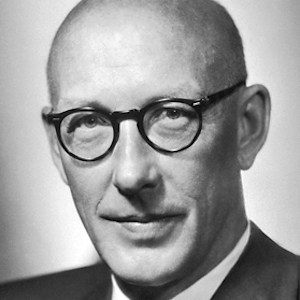 Geneticist who won the 1958 Nobel Prize in Medicine for demonstrating that genes control individual steps in metabolism. He later did important work on the genetics in bacteria.

After an undergraduate degree from the University of Wisconsin, he stayed on in the school to research conditions in which bacteria thrived.

He conducted successful research on the genetics of corn and Drosophila flies, before studying Neurospora bacterial culture to prove that 'one gene makes one protein,' the start of bacterial genetics.

He was born in Boulder, Colorado, his father a medical doctor and a professor teaching at several universities.

Joshua Lederberg contributed to his research in bacterial genetics and shared the 1958 Nobel Prize.

Edward Tatum Is A Member Of