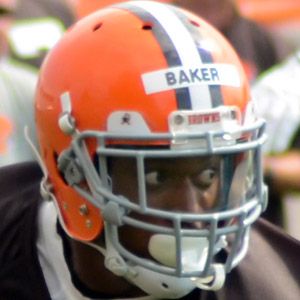 Running back who spent his rookie season with the San Diego Chargers before signing with the Cleveland Browns during the 2013 preseason. He was a 7th round draft pick in 2012.

He was named an Honorable Mention All-Big Ten selection by coaches after his 2010 season at Michigan State University.

He was born to Edwin and Dashia Baker in Highland Park, Michigan.

He scored on Julius Peppers and the Chicago Bears defense to record his first NFL touchdown on December 15, 2013.

Edwin Baker Is A Member Of