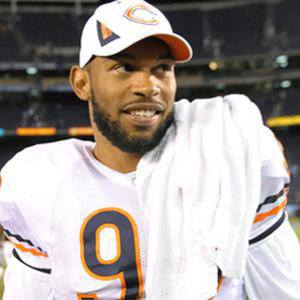 Pro Bowl NFL defensive end who was drafted 2nd overall by the Carolina Panthers in 2002 and played for the Chicago Bears from 2010 to 2013 before joining the Green Bay Packers. He returned to the Panthers in 2017.

He was an amazing high school athlete and won the North Carolina state title in track.

His unique athletic abilities earned him the nickname The Freak of Nature. He played college football at the University of North Carolina.

He is the son of Bessie Brinkley and George Kearney. He has a brother named Stephone and a son named Elijah. He has been in a relationship with Claudia Sampedro.

He was teammates with the great linebacker Brian Urlacher on the Bears from 2010 to 2012.

Julius Peppers Is A Member Of