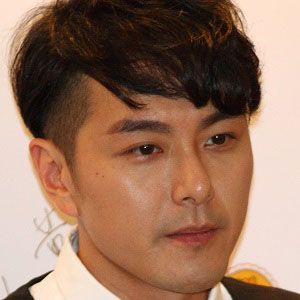 Hong Kong entertainer who gained popularity as a singer before being shunned by the industry after making controversial remarks at an awards ceremony in 2002. He later found success as an actor, appearing in television dramas like Brother's Keeper and Overachievers.

He was signed by Music Nation Group as a high school student in 2001.

He won the TVB Star Award for Best Actor award for his role as Lo Wai-son from Brother's Keeper.

He and his Madam Cutie On Duty co-star Priscilla Wong got married in April 2018. His father passed away in 2004.

He has co-starred with Steven Ma on the TVB series Daddy Good Deeds.

Edwin Siu Is A Member Of