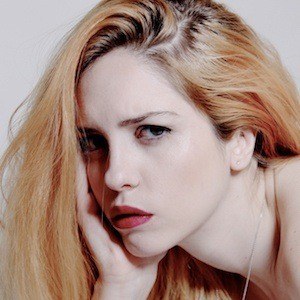 Pageant contestant and model who is known also for being an architect and activist. She is also known for taking a variety of modeling portraits and videos for Utopia Magazine. She shares her photography and modeling content to her over 10,000 Instagram followers.

She is known for winning the Miss Albania pageant in 2007. She is also known for being featured on the cover of a variety of Utopian magazine issues.

She was born and raised in Albania.

Other models from Albania include Genny Bilibashi, Tika Camaj, and Angela Martini.