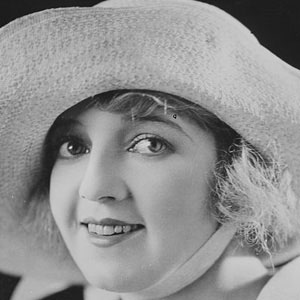 She was one of the Five Sedgwicks and a star of the silent film era, with over 100 films to her credit.

She entered Hollywood in her teenage years, and achieved moderate success. By a stroke of luck, she was tapped to replace an ailing star in Universal Studio's film The Lure of the Circus.

Cast in dozens of serials over her 10 years Hollywood career, she tried to find more respectable parts by changing her name to Greta Yoltz, but still found herself cast in cheap productions.

Both her parents were stage actors. Her whole family performed vaudeville acts as The Five Sedgewicks, and her brother later became a director.

Margaret Livingston was another prominent silent film actress, though her 50-film career was not nearly as expansive as Sedgwick's.

Eileen Sedgwick Is A Member Of