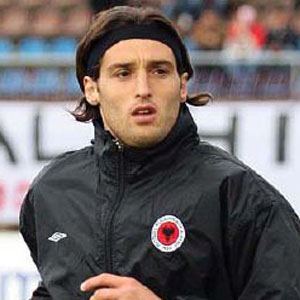 Retired soccer forward best known for his time with teams like the Albanian Superliga club Partizani Tirana, with whom he won the Albanian Cup in 1996-97. He as a longtime representative of Alabania in international play, playing for the country from 1996 through 2013.

He began his youth career at the age of ten, when he was first discovered by Partizani Tirana.

He married Rossella Ariodante in 2010. He has a son named Alexander.

He and Panagiotis Kone are both famous Albanian soccer players.