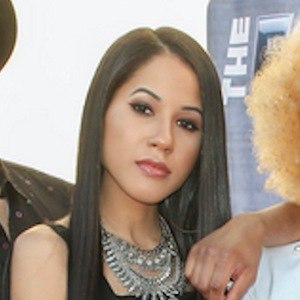 Rhythm and blues performer who is recognized for having competed on the inaugural season of Fox's reality singing contest The Four: Battle For Stardom.

On The Four: Battle For Stardom, she was eliminated at the end of the first episode.

DJ Khaled was one of the celebrity panelists on The Four at the time she competed.

Elanese Lansen Is A Member Of