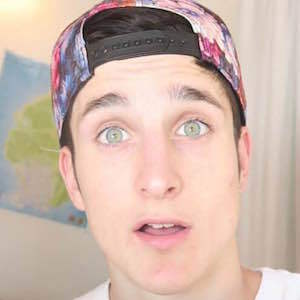 YouTuber who is known for his eponymous channel where he specializes in comedic vlogs and Minecraft-related content. He began posting to his channel in September 2011.

He began his Elchuiucal channel on July 11th, 2011. He began it as a predominantly game-centric channel where he regularly posted Minecraft gameplay videos.

Since its creation, his channel has garnered over 1.8 million subscribers. One of his most popular videos, "EL PEOR RAPERO DE LA HISTORIA (The Worst Rappers in History)," has amassed more than 2 million cumulative views.

He was born and raised in Argentina. He is close friends with fellow YouTuber Juanpa Zurita and has featured him in Instagram posts.

Elchuiucal Is A Member Of