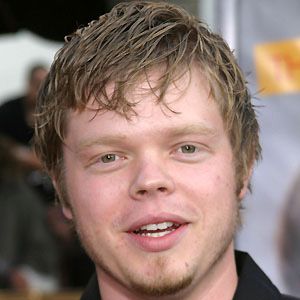 American actor who played Fulton Reed in the Mighty Ducks film franchise. He has also appeared in Turner & Hooch, Cast Away, The Butterfly Effect and Deja Vu. In 2015, he began playing Foggy Nelson on the Netflix series Daredevil.

He got his start in acting around the age of seven when he appeared in an episode of 1st & Ten and followed that up with an episode of Amazing Stories in 1985.

He has had roles in notable television series such as Law & Order: Special Victims Unit, ER, Private Practice, Psych and Grey's Anatomy.

He has two brothers who also act, by the names of Garette and Erick. R5 drummer Ellington Ratliff is his younger half-brother. He married Kira Sternbach in 2014.

He appears alongside Tom Hanks in Cast Away.