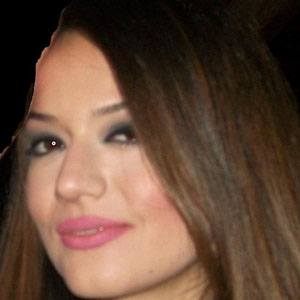 Macedonian pop singer and songwriter known for her hit single, "Ona Drugoto" ("The Other Thing").

She joined a folk song club in 1994 and also participated in her school's theatrical society before making her debut television performance at the age of ten.

Her song "Ninanajna" placed twelfth in the 2007 Eurovision Song Contest.

She was born in the city of Skopje to Desa and Acko Risteska.

She was greatly influenced by the music of American pop singer Christina Aguilera.

Elena Risteska Is A Member Of