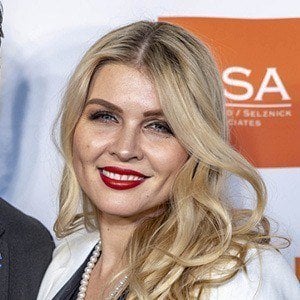 Dancer who has appeared on Dancing with the Stars in several countries. She was a featured dancer on the Australian version of DWTS, then joined the US version as a troupe member. In 2015, she served as a judge for DWTS in her home country of Russia.

She studied drama and theatre at Moscow Theatre Arts University.

She has a driver's license in Australia, Russia, Hong Kong, and the US.

She comes from a performing arts family. Both her mother, Irina Samodanova, and her father were dancers. She and married Gleb Savchenko in 2006 and they had a pair of daughters named Olivia and Zlata before separating in 2020.

She and Louis van Amstel have both been featured professional dancers on Dancing with the Stars.

Elena Samodanova Is A Member Of