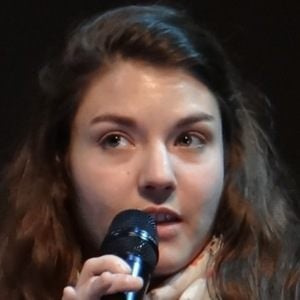 Actress, writer and director known for her role as Sara Lombardi, a murderous psychopath on the web-series The Visitor of the Future. In 2010 she created her own web-series, Le Journal de Lolo, which uploaded episodes every day from 2010 until its end in 2013.

She studied at the Conservatory Regional Influence De Cergy-Pontoise, and the Cours Florent Paris Drama School.

In 2013 she started acting for Golden Moustache, a comedy group and creative studio that uploads and hosts original content. During the 2014 FIFA World Cup, she traveled to Brazil with Golden Moustache and Daily Motion in order to shoot the mini-series Golden Moustache in Brazil. Le Journal de Lolo was revived for five episodes in this time.

She has a sister, Raphaëlle Costes, whom she will often perform musical covers with and upload to Youtube.

Eleonore Costes Is A Member Of