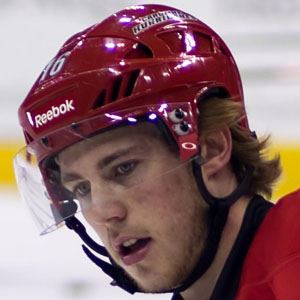 A fast, complete player with elite playmaking abilities, he was drafted fifth overall in 2013 by the Carolina Hurricanes and debuted for the team later that year.

He played hockey for the Swedish club Brynas IF before entering the NHL.

He represented Sweden in the 2013 World Junior Championships and helped the team win silver.

His father played left wing in the NHL for the LA Kings.

He drew many comparisons to All-Star center Peter Forsberg upon entering the NHL.

Elias Lindholm Is A Member Of