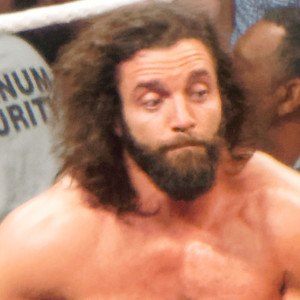 Widely known for his drifter musician persona crafted during his tenure with WWE's developmental brand NXT. He made his official debut as the character in December 2015. He later began performing under the RAW brand.

He wrestled extensively in independent promotions beginning in 2008. His greatest successes came with the International Wrestling Cartel (IWC), where he won the promotion's world heavyweight championship.

In 2014, he was named to the Top 500 singles wrestlers list by Pro Wrestling Illustrated. His most prominent finishing move has been the diving elbow drop.

He was originally born as Jeffrey Sciullo in Pittsburgh, Pennsylvania.

He has wrestled against Shinsuke Nakamura in the WWE's NXT promotion.

Elias Samson Is A Member Of