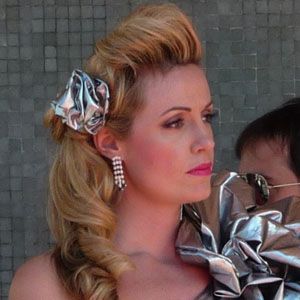 South African television actress who became known for her role as Izzy Davies in the British television series Hollyoaks.

She grew up in Pretoria, moved to Berkshire in 1994, and later studied History at Edinburgh University.

She became fluent in English and Afrikaans.

She married Rafe Spall in 2010 and she has two children named Rex and Lena.

She appeared on the Sydney Newman-created television show Doctor Who in 2007.

Elize du Toit Is A Member Of