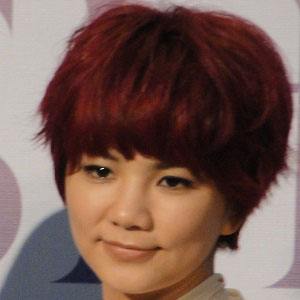 Taiwanese singer, actress and television personality who is best known as a member of the girl group S.H.E. In 2005, she was nominated for the Best Lead Actress award at the 41st Golden Bell Awards for her performance in the film Reaching for the Stars.

She was born in Pingtung, Taiwan and was signed to HIM Management after taking part in the Universal 2000 Talent and Beauty Girl Contest in August 2000.

She was voted Taiwan's most down-to-earth artist by fans in an online poll in 2007.

She has performed alongside Hebe Tien as a member of S.H.E.

Ella Chen Is A Member Of