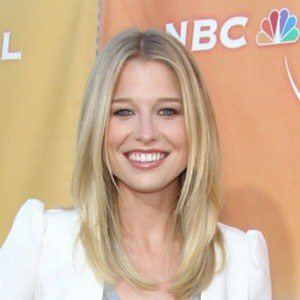 Most well known for her recurring roles on the television shows Outlaw, Crash, and Californication, Woglom is also notable for her guest spots on series such as Viva Laughlin, Chicago P.D., Selfie, and Scandal.

In 2005, the first year of her television acting career, she appeared in episodes of The Bernie Mac Show, CSI: NY, and Criminal Minds.

In 2009, she appeared in an independent film, April Showers, based on the tragic Columbine High School shootings of 1999.

She spent her youth in Tennessee, Massachusetts, Vermont, New Hampshire, and Colorado, and later settled in Los Angeles, California.

She appeared alongside Brenda Song in the 2006 TV movie Wendy Wu: Homecoming Warrior.

Ellen Woglom Is A Member Of