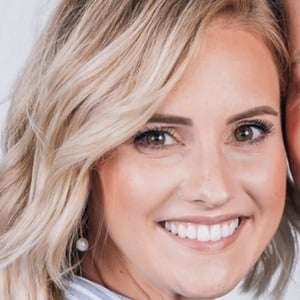 YouTuber who vlogs about her family with her husband Jared on their Ellie and Jared channel. The channel was initially called stylebyellie.

Her first YouTube channel was created for more personal use, including makeup tutorials as well as vlogs. She continues to use it while vlogging with her husband.

The Ellie and Jared channel has amassed over 1.6 million subscribers.

She was born to Jennifer and Chad Griffiths and raised with three sisters, Bonnie, Julie and Ruby, and a brother, Beau. She and Jared have sons, Jackson, Calvin and Tommy. In March 2022 the couple announced that they were expecting a fourth child together.

She collaborated with Missy Lanning on a "7 Second Challenge" video.

Ellie Mecham Is A Member Of