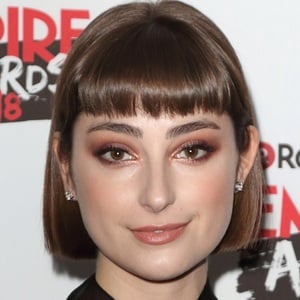 Television actress perhaps most well known for her role as Morwenna Chynoweth in the 2015 BBC adaptation of Poldark. She has been seen in the series New Blood and was cast in a TV movie called The Last Dragonslayer.

She studied at the University of Exeter, and graduated with honors with a bachelor's degree in drama in 2014.

She trained with the National Youth Theatre, and acted in productions of Wuthering Heights, The Merchant of Venice and Consensual.

She is from Coventry, England.

She was featured in the TV Movie The Last Dragonslayer which starred Adeel Akhtar.

Ellise Chappell Is A Member Of