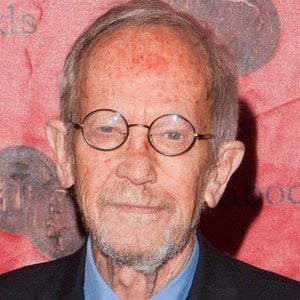 Most Popular#70757
Author Born in Louisiana#7

American crime fiction, pulp fiction, and western fiction writer whose most famous works, including Get Shorty and Rum Punch, were adapted into films. He received the F. Scott Fitzgerald Literary Award in 2008 and the National Book Award in 2012.

He was born in New Orleans, Louisiana and spent a portion of his childhood in Detroit, Michigan. In 1950, he graduated from the University of Detroit with a degree in English and philosophy and began working as a copy writer.

The Quentin Tarantino film, Jackie Brown, was based on Leonard's 1992 novel, Rum Punch.

He had two daughters and three sons with his first wife, Beverly Claire Cline. Following his 1977 divorce from Cline, he was married twice more: to Joan Shepard and Christine Kent.

His novel, Hombre, was made into a film starring Paul Newman.

Most Popular#70757
Author Born in Louisiana#7

Elmore Leonard Is A Member Of