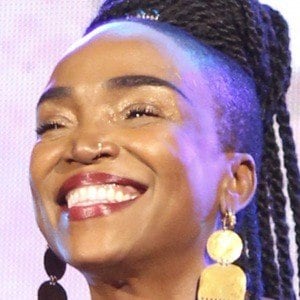 She grew up as a choir singer before traveling to the United States to study at the Detroit Jazz Center.

She's served as an ambassador for the Red Cross and founded the production company Cheval de Feu. She performed at MTV's concert in support of Haiti after the 2010 earthquake.

She grew up in Gonaïves, Haiti.

At the 2010 MTV concert in Haiti, she covered "Many Rivers to Cross" by Jimmy Cliff.

Emeline Michel Is A Member Of