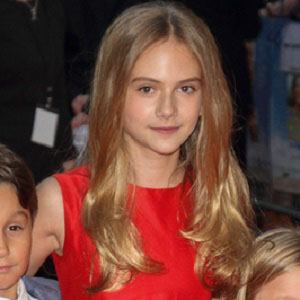 Perhaps most well known for her childhood roles in the BBC TV movie What We Did on Our Holiday and in the Channel 4 sci-fi series Utopia, she is also notable for her professional stage acting work, which includes performances in London West End productions of The Turn of the Screw and Shrek The Musical.

She made her screen acting debut at the age of nine, playing Young Sarah in eight episodes of the Nickelodeon series House of Anubis.

She was in the 2015 film Youth alongside Michael Caine and Harvey Keitel.

The daughter of Claire Fossett and Welsh radio host and singer Aled Jones, she spent her youth in London, England. Her brother is named Lucas.

She appeared with Matt Smith in a 2013 episode of the popular British television series Doctor Who.

Emilia Jones Is A Member Of