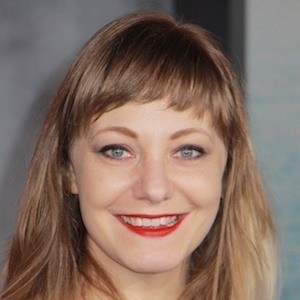 American writer, producer, and podcast host. She is best known for co-writing the 2017 romantic comedy film The Big Sick which is based around her own life events.

As a writer, she has contributed to a variety of magazines and press outlets including Bust magazine, Dame magazine, The Daily Beast, and The Atlantic.

She married Kumail Nanjiani, whom she has collaborated with on multiple projects.

In 2011, she was asked by Chris Hardwick if she wanted to act as program director for the space at Meltdown Comics where she booked and produced a variety of comedy shows.

Emily Gordon Is A Member Of