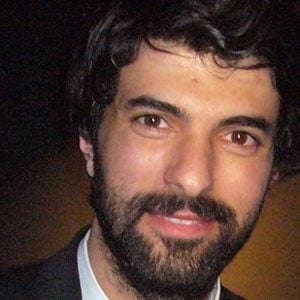 Winner of the Turkish Cinema Award for Most Promising Actor for his performance in his debut film, 2006's Kader. He went on to star as Cevat in the film Destiny.

He studied languages and history at Ankara University, graduating in 2002.

He starred in the TV series Karayilan, which took place during the French occupation of Turkey.

His father was a government official and his mother was a homemaker. He grew up with one brother.

He attended the same university as political leader Abdullah Ocalan.

Engin Akyurek Is A Member Of