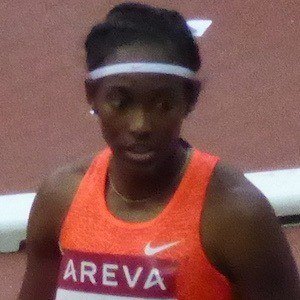 American track and field sprinter specializing in the 100-meter dash. She won the 2016 Olympic trials with a personal best of 10.74 seconds ranking her in the top ten all-time for the distance. She has competed in the 2013 and 2015 World Championships.

She was a five-time NCAA champion with the Oregon Ducks track and field team.

She tied runner Merlene Ottey as the seventh fastest competitor in history with a time of 10.74 at the 2016 U.S. Olympic Trials.

English Gardner Is A Member Of