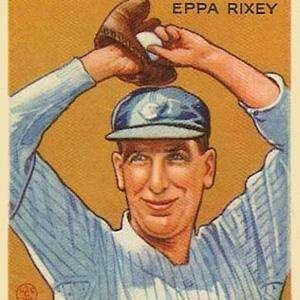 Star pitcher who retired with 266 wins, holding a record for the most wins for a left-handed pitcher until 1959.

He was discovered by an umpire during a baseball game at the University of Virginia.

He taught Latin to high school students during the MLB offseason.

He had two children with his wife Dorothy.

He won more games than any southpaw pitcher in history until Hall of Famer Warren Spahn entered the game.

Eppa Rixey Is A Member Of