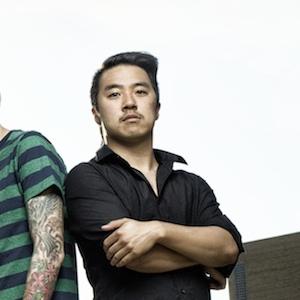 Former member of the Detroit-based band We Came As Romans whose third full-length album Tracing Back Roots debuted at #8 on the Billboard Top 200 Chart and topped the Independent Albums Chart, Internet Albums Chart, and Hard Rock Albums Chart.

He joined Dave, Kyle, Joshua, Lou, and Andrew in 2005 to form the band during their high school days.

He appeared with his band mates on the covers of Alternative Press and Substream Music Press magazines as well as on the Rollingstone and the MTV Buzzworthy Blog websites.

He played drums on We Came As Romans' third album Tracing Back Roots, produced by John Feldmann.

Eric Choi Is A Member Of