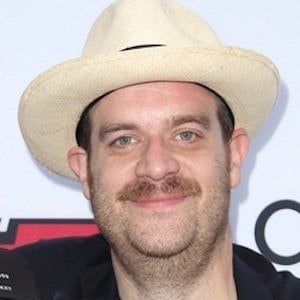 Notable as both a film and television actor, he has been seen on the big screen in Jurassic World, Green Room and Alexander and the Terrible, Horrible, No Good, Very Bad Day, among several others. His biggest TV parts include Shameless, Monsters vs. Aliens, Clarence and We Bare Bears.

He kicked off his acting career in 2003 with a couple of guest roles in the shows Karen Sisco and All That.

He acted in a several CollegeHumor Originals videos in differing roles.

He was born in Patuxent River, Maryland.

He shared the screen with Patrick Stewart in the film Green Room.