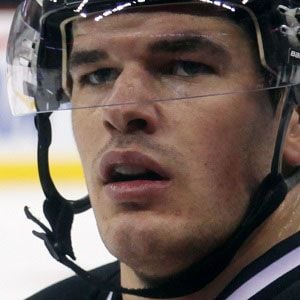 Defenseman who made his NHL debut in 2012 with the New Jersey Devils after the team drafted him 54th overall in 2009.

Growing up, he patterned his game after All-Star defenseman Chris Pronger.

He played for the Albany Devils in the AHL.

His brother Karl Gelinas was a baseball pitcher for the AZL Angels in 2003.

He joined left winger Patrik Elias on the Devils in 2012.

Eric Gelinas Is A Member Of