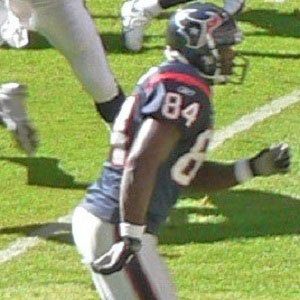 Wide receiver who became one of the NFL's top receivers of the late 90's and early 2000's while playing for the Buffalo Bills. He was a three-time All-Pro selection during his career and was included on the Bills' 50th Anniversary Team in 2009.

He played college football at Mississippi State University, where he led Division I-A in kick off return average during the 1994 season.

In 1999, he set an NFL playoff record by posting 240 receiving yards in a game against the Miami Dolphins.

He was born in Lucedale, Mississippi and has several children.

He caught passes from Doug Flutie during his years in Buffalo.

Eric Moulds Is A Member Of