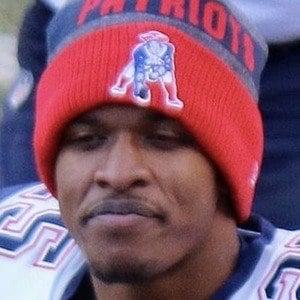 Cornerback who was selected 47th overall in the 2015 NFL Draft by the Philadelphia Eagles. He was traded to the New England Patriots in 2016 and helped the team win Super Bowl LI in 2017.

He was rated as a 3 out of 5 star recruit during his senior year of high school in Texas. He played college football for the University of Utah Utes from 2011 to 2014.

In May 2015, he signed a 4-year contract to play for the Philadelphia Eagles. He subsequently played primarily as a back-up cornerback during his 2015 rookie season in the NFL.

He was born in Cleveland, Ohio, and raised in Texas.

Eric Rowe Is A Member Of